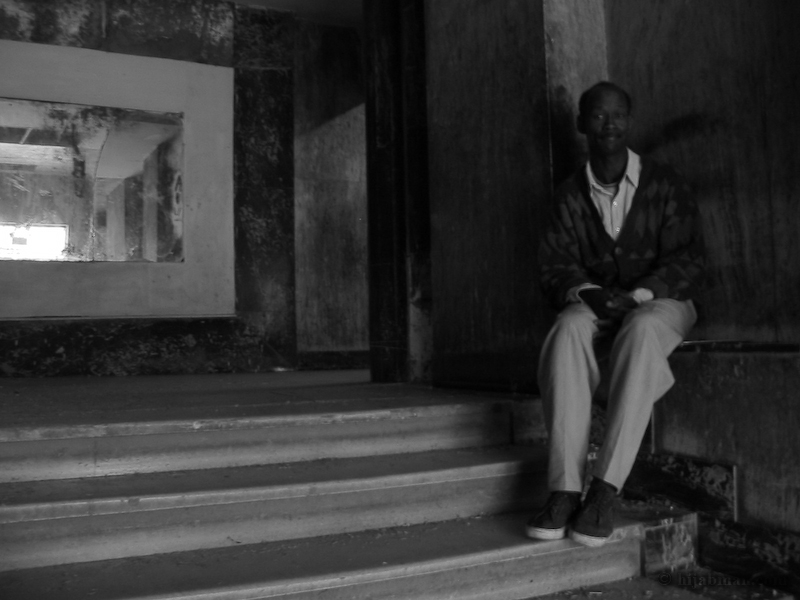 An evening stroll weaving in and out of crazy Cairo traffic. That’s what I needed. The sweet smell of second-hand sheesha smoke and some daredevil car-weaving had turned into an almost nightly ritual for me back in those days. I wasn’t expecting a change, but that’s when it always happens right?

I walked out of my 5th floor apartment into the eerie, not-so-well-lit hallway, the same hallway where Mina and Maryam’s parents had slaughtered a sheep on Eid-ul-Adha. I had made them balloon animals while they took turns jumping over the pool of blood.

That’s one day I’ll always remember. I had just come back from Eid prayer at Masjid Mustafa Mahmoud to find a sizable pool of sheep’s blood in front of my apartment door. Not wanting to track any inside the apartment, I jumped over the puddle. I left the door open though, not because I enjoyed the scent of sheep’s blood, but because I found it rather amusing that a vast amount of blood was in front of my doorway and slowly spreading to the rest of the hallway.

Oh Alfred, I’m sorry, there are just so many details, so many seemingly minuscule observations that call out to my conscience, begging for representation, begging for someone to shed light upon them.

I had stepped into the cool, dark hallway that housed several memories. On those summer nights, it was the coldest part of the apartment building. As I stepped out, my gaze immediately caught the form of a man standing absolutely still near the open door of the elevator. I didn’t know at the time that you were partially paralyzed Alfred. I’m sorry to have been taken aback. You returned my greeting warmly, and I began to search for the right words. My Arabic wasn’t so good back then, but I tried, until you informed me, rather matter-of-factly, that you spoke English. I bet you speak a few more languages too.

Slightly embarrassed by my poor grasp of Arabic at the time, I asked if I could be of any help despite not knowing the best way to aid in your journey down the hall. At first I held your hand. I could barely make out your face, but the feel of your hand spoke whole volumes of your knowledge; your life. You moved your hand to my shoulder and used my body as a support to reach the wall just three feet away. During that short time, you revealed to me that you were a puppeteer. I had not fully absorbed what was happening, and just as suddenly as I had met you, Alfred, I was wishing you peace and stepping into the elevator. We saw each other briefly after that first meeting, but unfortunately I never had the chance to sit down ask about your life… in fact I didn’t have the courage to invite you for some tea.

I realize my mistake now, years afterward. God willing, I won’t make the same mistake again. May God bless you for all of the hard work that you have done, Alfred. You may think that everything you have touched has turned against you but, and I’m sure you know this, I believe that your struggle was what truly mattered. What a challenge! A man with your spirit works so hard to make people understand, but to no avail- at least to history, not to mention to your own eyes. In the grand scheme of things however, you have changed the pattern, Alfred. Thank you for inspiring me.

Image: The Bowab of my apartment building in the Bab El-Louk neighborhood Cairo, 2003