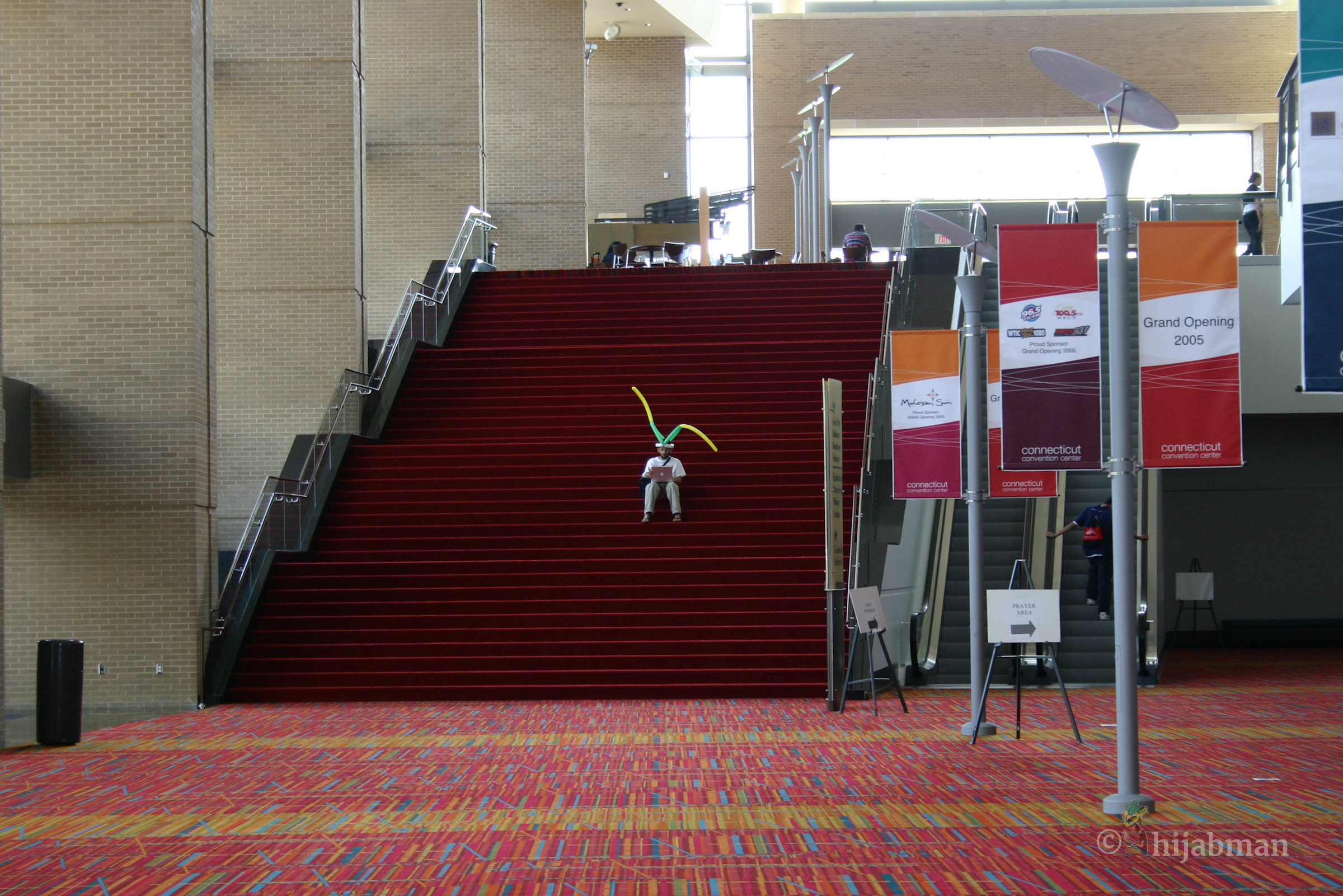 I’ve had so many serious, throught-provoking posts lately that I’ve decided to switch it up. I’ve decided to break the silence on one of the nuttiest things about the South-Asian Muslim Community in America. First, a definition. A lota is a vessel used to carry and pour water. In common usage among South-Asian Muslims in America, the lota refers to a vessel with a spout that is used as a method for “maintaining personal hygiene after defecation.” (Wikipedia)

As someone who travels throughout the United States and Canada for Muslim conventions, I’m often lounging around the nearby hotels looking for a place to sleep or shower. Often times, while on these adventures, I come across the most disturbing sights of my life: The coffee pot (a complimentary service of most hotels) was next to the hotel-room toilet— an obvious sign that someone is using it to wash their bums after they do the deed. You may think that this is an isolated practice, that maybe just a few children do it, but you would be wrong. First, all I had to do was ask five people on my friend's list if they had a photo of a coffee pot next to a toilet. Within mere seconds, I had one.

Also, A few months ago I was in a hotel room with a relatively FamousMuslimCelebrity (FMC). After he used the bathroom to make ablutions for prayer, I walked in to make my ablutions and found the same scene, the coffee pot next to the toilet. I stifled a laugh, and walked out, trying not to think about it as we got ready for prayer. To my surprise he had taken the pillow cases off the pillows to use for prayer rugs. Without my asking, he offered this explanation.

“A friend gave me the idea to use pillowcases instead of towels, Javed. You know, because you dont know where those towels have been…”

“Dear God,” I thought, “The man puts a coffee pot up to his bum, and then has the audacity to explain that he doesn't use towels to pray on, because ‘you dont know where they have been?’ ”

I don’t know how I kept from laughing, but I did. But because I didn’t laugh, for fear of embarrassing this man, I couldn’t concentrate on my prayer— I was too busy trying not to think of the hilarity of what I had just witnessed. I was too busy with scenarios of an Arab,White, or Black couple about to make coffee one day in their hotel, and stopping to say “you don’t know where that has been,” and wondering if they imagined it next to the arse of a South Asian man.

‍This post is a public service announcement. Please do not use the coffee pot in hotel rooms as a method for cleaning your behind. In addition, do not drink anything from a coffee pot in a hotel room, as chances are it has already been soiled.ps. Now here’s a man who would never use a coffee pot lota. Related link (Thanks Shahnaz!): Lota installation (and stories) at the Queen Museum.