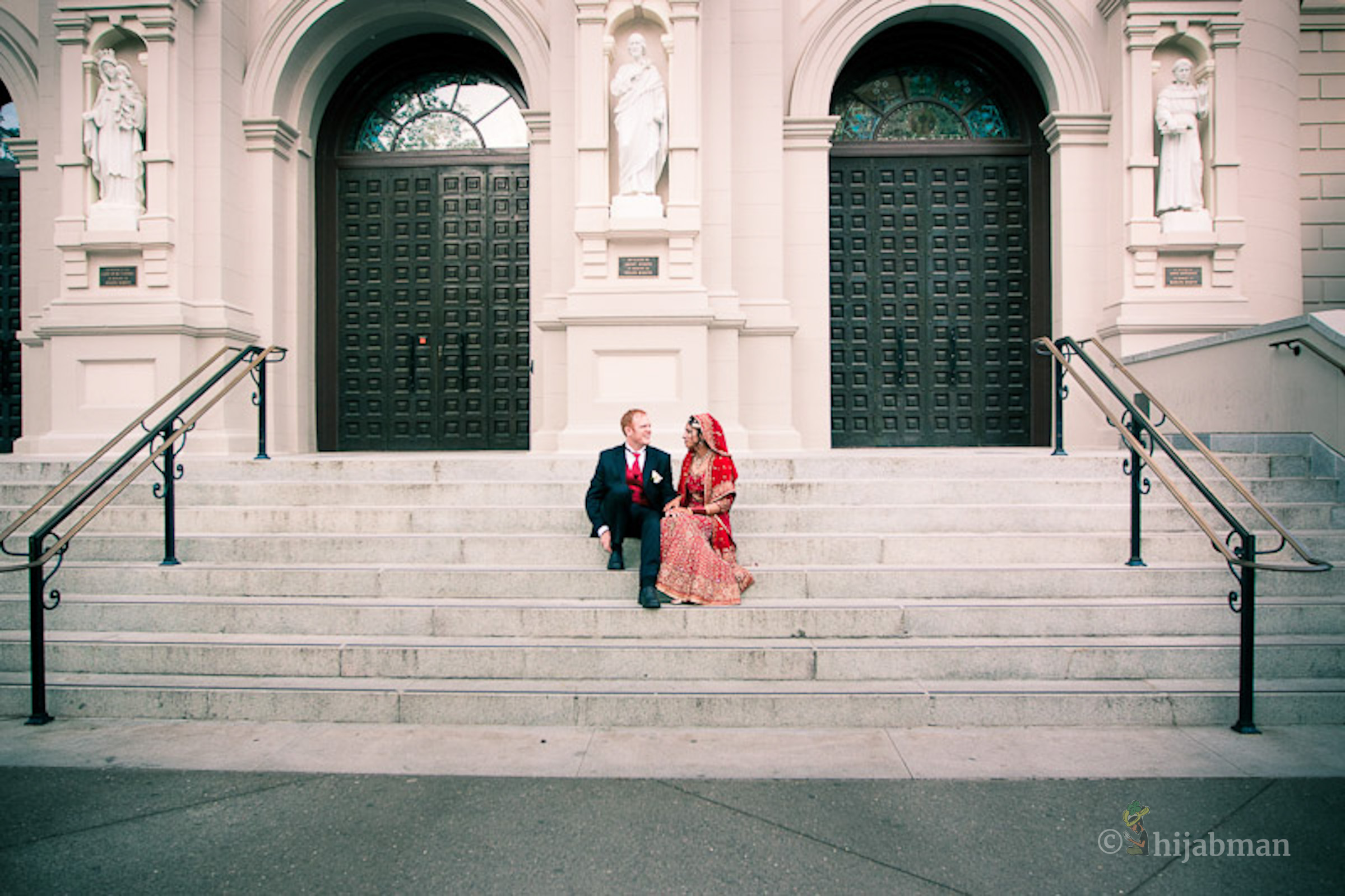 How I Became An International Wedding Photographer With Very Little Experience

In 2009, I was working as a Tech Support Specialist at a small legal services company outside of Philadelphia. One day, my supervisor invited me out for coffee out of the blue. As soon as we sat down, she informed me that I would be getting laid off the next day. She became quiet, looked at me with concern, and waited for my response.
‍
And I laughed. Heartily!

"Javed, this was not the reaction I was expecting!"

"Lisa, I see these things as opportunities! When doors close, windows open!"

Soon after, I offered to photograph my friend Nermeen's wedding. I had already photographed another friend Azam’s wedding for fun, but at the time I didn’t intend for it to be a possible career. Now I was jobless and needed to leverage my skills and network into something that could sustain me. Nermeen's wedding was going to be a traditional South Asian ceremony with formal functions in hotels and informal gatherings in her family's home. They had already hired a professional photographer but allowed me to join in. They were also gracious enough to let me feature those photographs in my portfolio on this website.
‍
I immediately searched online for what lenses and equipment I would need to photograph a wedding. I invested in a Canon 60D and 3 “L” or professional lenses, a 16-35mm, a 70-105mm, and a 70-200mm.  I also bought a 580 EX II external flash, because as I learned quickly, good lighting was a major part of what made a great photograph.

For four days, I was the couple's 3rd shadow, and I got to know Douglas Lockard, the professional they had hired for the formal ceremonies. All these years later, I owe him a debt of gratitude for being a mentor to me. He patiently answered all of my questions and shared his knowledge both during and after the wedding.
‍

Ultimately, Nermeen and Asad ended up liking the candid nature of my photographs, likening my style to that of a photojournalist who eschewed more formal portraits. They gave me $600. At that wedding, I was hired for another friend’s wedding in Texas. They paid for my flight and hotel, and I started feeling like I could actually do this as a career despite feeling a certain degree of imposter syndrome.

Many professionals will probably look at me in disdain because I learned on the job and pulled rates out of my bum. The fact is though, that I needed to have a standard, competitive price for my services. While I excelled at creative endeavors, my weakness at the time was on the business and administrative side.

Simplicity was key. I offered a standard rate of $1000 a day with no limitations on time. In other words, I hustled. I genuinely enjoyed photographing weddings, because they resembled real life Bollywood movies, complete with family drama, twists and turns, and a happy ending. Besides that, my photographs were objectively good. People often commented on how they enjoyed the story they told.
‍
At that time, my website had a captive audience of 30,000 unique visitors each month. I posted the wedding photos on my website and immediately started getting hired all over the U.S. and Canada.

Testimonials from couples starting rolling in, and I realized that people were hiring me for several reasons. Other than the quality of the photos, they liked my people skills, they admired my ability to navigate tense social situations, and they appreciated my willingness to take on various roles outside of what I was hired to do. In Texas, I drove to a grocery store to buy flowers when the decorator was a no show. In California, a bride thanked me from the front of the stage for not only being a photographer, but also a counselor:

"On my wedding day, Javed was more like superman than Hijabman! He took amazing pictures, absolutely, but he simultaneously captured the hearts and minds of my fierce Punjabi Pakistani clan (young and old alike). Somehow through the madness of  my counter-culture nuptial, Javed assumed the role of photographer, brother, driver, fashion consultant, mediator, grief counselor etc. etc. all while tirelessly capturing each and every memorable part of our wedding. He never missed a beat either! Consider all that when you're thinking about who will best memorialize your special day. I thought I would feel awkward with the insistent clicking of the camera shutter in my ear, but Javed was a joy to have around. His easy going attitude helped us all to relax and look our best in the remarkable pictures he produced. Thank you super Hijabman! Your gift extends well beyond photography :)"‍

Just a few months later, while I was photographing an engagement ceremony in Toronto, I received an e-mail while sitting on Aadil & WoodTurtle's couch. It was from a Malaysian Muslim woman who was going to marry a Christian guy from Chicago. They had read my website, decided I could be a good friend, and hired me to photograph both ceremonies.

In just a short time, I went from half-assed IT guy to sought-after wedding photographer. I was about to be flown to Malaysia— not just because of my photography, but because I willingly shared my story on this website (not to mention the strategies I used conquer my social anxiety.)

If you've been following along, you'll realize it was on that first trip to Malaysia where I met my wife and first daughter!