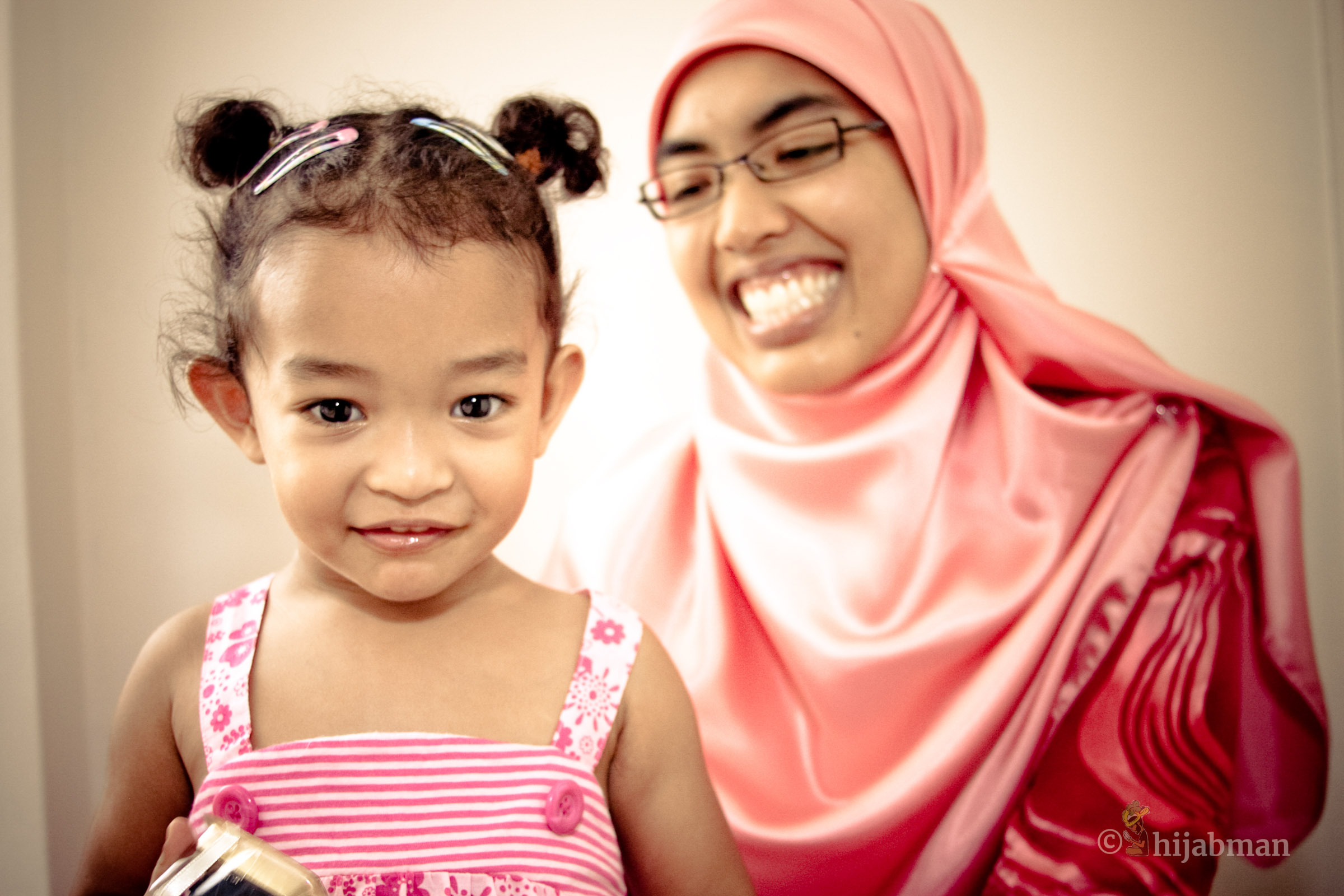 How I Met My Wife (And Daughter) Part 1

It seems like a romantic comedy plot [as long as I get played by Hugh Grant, okay?] or even a Bollywood movie [without all the drama and dance numbers...] but it happened. I met and married a woman exactly halfway around the world, adopted her daughter as my own, and moved to Southeast Asia to be with them. It began in February of last year when I lost my job as a technical support specialist and picked up wedding photography. A week after I got laid off, I got accepted into nursing school. I thought that was pretty cool on it's own, but what was about to happen was nothing short of mind blowing. Enjoying my new found freedom, I started traveling and found myself in Toronto visiting Aadil & WoodTurtle. A few days into my trip, I got an email from a Malay Muslim woman, Ms. Green, who was marrying a Christian guy from Chicago, twice. The first wedding would be held in a church, and the second would be a Muslim ceremony in Malaysia. When asked why she hired me out of the blue, Ms. Green mentioned that she had read my web site, and thought I would be a perfect match. She had a feeling that I wouldn't have an issue with a Muslim woman marrying a non-Muslim man, and she was right! While we chatted, I half-jokingly offered to photograph the wedding in Malaysia for the cost of the plane ticket. To my utter shock and disbelief, she responded with a yes. When asked, "Why me? This is what she had to say…

"I wanted someone who could be a 'friend-friend,' a kindred spirit would be even better. This might sound a little strange, but the [Quranic] verses I was reading at the time was about how you should share your wealth and sometimes you provide for people who don't ask or don't know that they need it. So when Mr. Green suggested that you come to Malaysia as well something inside my head clicked--I imagined your trip to Malaysia as being something that could bring a LOT of good all around and i felt like it was providing for a good that nobody knows yet how it could be good. For Mr. Green...he sees you as the link to both weddings. He sees you as someone coming in from the outside, who loves God as much as we do, and has no opposition or presumptions on our union."

Needless to say, I immediately encouraged Ms. Green to declare herself a Sufi Teacher and get some disciples, cause she was channeling some serious $hit right there!Ms. Green followed up by introducing me via facebook to her friend EyeDot in Singapore. Since I was going to be flying into Singapore at midnight, EyeDot offered me a place to stay. She sent me these instructions, along with photographs to guide me.

Later I found out she was trained as an engineer. No kidding!

‍Arriving in Singapore at midnight, I felt sexier than James Bond. There I was looking for two potted plants and coming home to an empty apartment to find a bus ticket, public transit pass, google maps with hand drawn directions to nearby points of interest, cell phone, and the thing that made me think, "I need to marry this woman," thick & chunky vegetable soup in the fridge. Now how did she know I liked my soup chunky? She must be pa-sychic!

‍Eight hours later, I was on a bus to Kuala Lumpur. After shopping for wedding clothes with Mr. & Ms. Green, we hopped on another five-hour bus ride to Penang, where we ran into EyeDot and her two year old daughter WarriorPrincess. After almost three days in transit, the only thing I was able to get out of my mouth was "thank you." EyeDot, cheerful as always, greeted me with a huge smile in return. The next morning she picked me up to go to the wedding. She was all decked out, as was I, and I told her (rather innocently) that she looked nice, and she replied in the same, "You don't look so bad yourself!"

During the wedding we didn't get a chance to talk, but I did watch her with her daughter. It was then that I witnessed her as a positive, patient, and engaging Mommy. After the wedding I got an e-mail explaining something she disagreed with me about when we were discussing marriage in Malaysia, and it started a string of e-mails that led to my asking if I could stay with her for a few days in Singapore, since I had three days free before my flight back to the U.S.

She replied in the affirmative and after traveling through Malaysia for a couple more weeks, staying with old internet buddies Jordan & Zayn, I ended up in Singapore. EyeDot and I got along immediately, and while her daughter, WarriorPrincess was sleeping or napping, we talked about everything. If you knew me at this time, you know the first two questions I usually ask people are, "What do you love?" and "What is your approach to islam?"

On my second-to-last day in Singapore, WarriorPrincess had a tantrum near the street after we came back from getting groceries. EyeDot immediately handed me the rest of the bags, and restrained WarriorPrincess, and something clicked in my head. I had a purpose here. I was the bag holder!

‍As soon as we arrived back home, WarriorPrincess took her nap. EyeDot and I made our way to the couch where, after stalling for several minutes, I broke one of my cardinal Muslim-dating rules. See, I think young Muslims talk about marriage too early in a relationship...

"Would you ever consider someone like me for marriage?" I asked sheepishly.

My voice went up three octaves, I turned red, and replied that I was speaking about myself.

She said yes, adding, "If you hadn't said anything today, I would've asked you tomorrow..."

And then we, well... we relaxed. Thankfully, EyeDot, having been married before, wasn't about to rush into anything. Besides, we lived on OPPOSITE sides of the world. Logistically, this was a nightmare. What the bloody hell was I thinking?

‍Despite all this, I gave her a hug, promised we would keep talking, and got on my plane.

Little did I know that I'd be on a flight back to Singapore two months later...But that's part two!