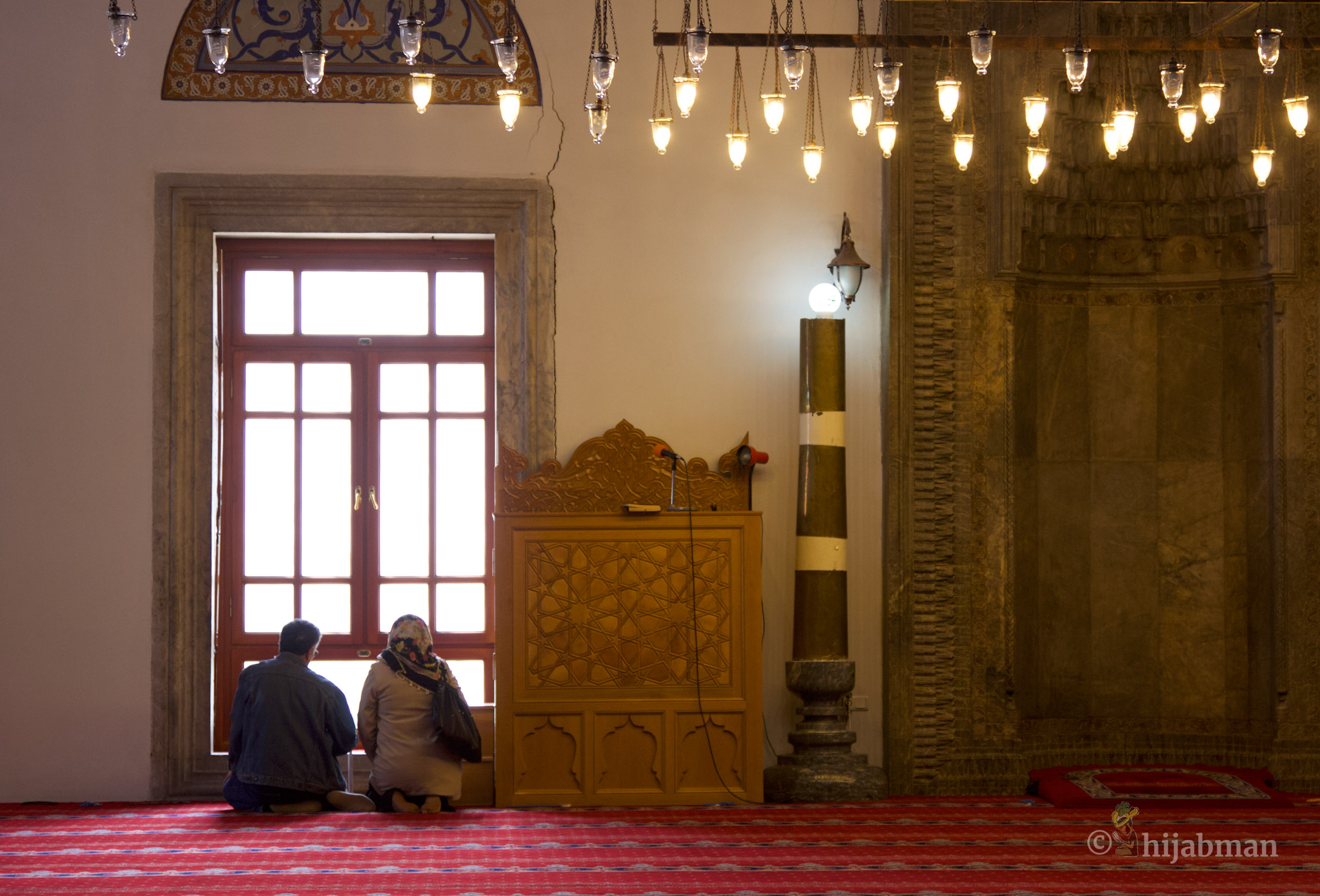 It was our first Eid prayer here at the main mosque here in Blacksburg, Virginia. The mosque itself is set up such that women are on the second level overlooking the men's space. Of course, throughout the festivities as well as during the Sermon the men could hear the women above enjoying themselves. It was, after all, Eid-- a joyous occasion!

"SISTERS!" One of the men yell.

"Sisters please, " the Imam asks the women to quiet down.

1. If you put women and children in a separate space apart from the men, they are no longer are part of the congregation. Therefore you should not be surprised when they start talking during the sermon.

2. Another reason why women have disengaged from the happenings in the mosque are the things said about women inside the mosque. (E.g. During a sermon: "The majority of the inhabitants in hell are women.")

3. Yelling, "Sisters!" or asking them to quiet down wont work either, because as long as you make mosques where women are in separate rooms, balconies, etc... They are not your sisters. They are the noisy neighbors upstairs. My wife mentioned that even when the women were admonished, they continued to talk. I don't blame them. I would too :-) Advocate one space for all!

Image: Konya, Turkey 06/2011: Everywhere I went, I saw men and women praying together, many times near the front of the mosque.