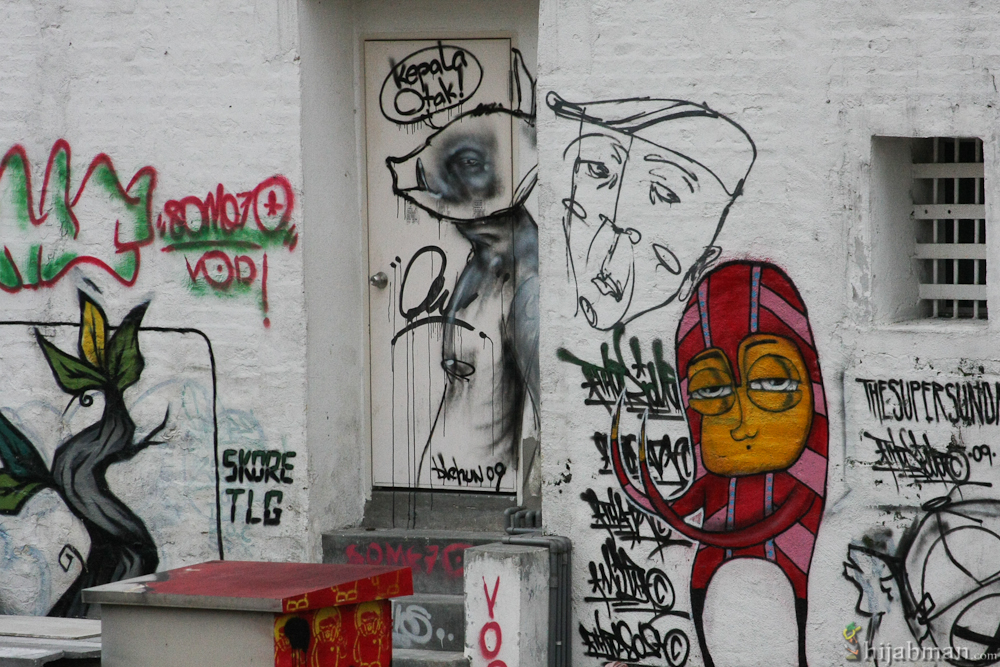 When A Man Beats A Woman Right Underneath The Petronas Towers

HM's Note:  This post describes a situation of domestic violence.

‍I was just reading the latest article on AltMuslimah, where the author describes her experience with domestic violence.  It reminded me of a chilling experience I had three days before we left Malaysia... I wrote this immediately after it happened for a newspaper there.

***"It's personal issue. Sorry. I appreciate you telling me."

With a pat on the back, the guard in front of the KLCC Mall Taxi counter dismissed me, and let an abusive man walk away with his battered wife.

Just hours ago, my wife, 4 year old daughter, and I walked into an elevator lobby right below the Petronas Towers to find a man pummeling a woman's head repeatedly. Her face was stained with bruises and tears were rolling down her face. Other people present were standing around as if nothing was happening.

I stared at him for a moment in shock before I ran outside to the restaurants near the water fountain. "HELP! A man is hitting a woman! Call the police, call the guards!

"While I was outside, my wife heard him say in Malay, that the woman was a 'worthless wh**e' and he had her number, if anyone wanted it. I ran back into the elevator lobby just as the man escorted the woman into the lift. Without thinking, I stuck my hand out so that the elevator doors wouldn't close and continued to yell, repeating,"THIS MAN IS HITTING THIS WOMAN. CALL THE POLICE, CALL THE GUARDS."

‍Nobody moved except the man. He tried to get me to let the elevator doors close, while stating that the battered woman next to him was his wife, as if to legitimize his actions. In the same instant as he let her go, she collapsed onto the floor of the elevator, completely limp from the constant pounding that she had received to her head. In the background, I heard my WarriorPrincess crying, confused.

People gasped, but they did nothing except leave the elevator. He pulled the woman up and walked out of the lift with her, towards the taxi stand. I followed and continued to plead to anyone to call the police. I explained that there were witnesses, that this man had just beaten this woman so much that she collapsed. Again, my voice fell on deaf ears.

Finally, a guard near the taxi stand stopped him for a few seconds and immediately let him go. As my spirit and emotions fell, the man patted me on the back, and told me it was a personal issue. The woman looked over her shoulder at me, and I called out, "I'll pray for you!"

Is this a personal issue, Malaysians? Is it acceptable to stand by idly, and let a man beat a woman? In the middle of a mall? To the point of collapse? Or is it a crime? Why am I asking these questions?

Before I first came to Malaysia, I had heard and read about Sisters In Islam. It made me happy, especially as a father to a little girl, to know that there was a movement here to make Malaysia a better place for women. I commend their hard work, and this incident is proof that groups like Sisters in Islam are sorely needed.

Despite their best efforts, however, it is clear that attitudes have to change on a societal level. There is absolutely no excuse that I was the only one to take any action. I really want to write about how violence against someone's mother/sister/daughter is NOT okay. I want to write about how If your friend/brother is the abuser you should address it with him, and If your sister is being abused, you should offer her your support.

The problem is so much more basic: Inaction and a general lack of critical thinking. Pardon me for saying so, but from my perspective, it seems so common that I'll just call it institutionalized. It's a problem found in all levels of society.

When the Pizza Hut ran out of ice, the waiter asked my Malaysian wife, "So what do I do now?" (Literally, in Manglish: "No Ice, Then how?")

When tasked with the governance of this country, the politicians busy themselves accusing other politicians of scandalous bedroom behavior. Instead of providing a religious and spiritually uplifting education, the 'scholars' pass fatwas against football jerseys, yoga, and the poco-poco dance.

It's super easy to live your life doing nothing. It's easy to hide behind dumb fatwas and slogans like "Satu [One] Malaysia." The lack of critical thinking among grocery store clerks and waiters is one thing, but I worry for you when your citizens and your civil servants stop thinking, and stay silent when a man beats his wife to the point of collapse in broad daylight in front of a dozen witnesses. Later on that day, after realizing that my daughter had seen everything. I reiterated to her that the man had done something seriously wrong, but that the police and the people did not do their jobs. They didn't help to protect the woman.

She told me she never wanted to go to KLCC ever again. I'm going to do better than that. I'm going to do my job as her parent and look out for her best interests.  Now, I know I won't always be there to protect her.  There is no doubt that my daughter will have to combat sexism, abuse,  and misogyny wherever she ends up.   Domestic violence is widespread all over the world, and police and others generally don't do enough to combat it.This experience has made me even more convinced that I need to spend time fueling my daughter's sense of self-worth and passing on the knowledge and skills needed to protect herself.  Hopefully, when she witnesses an injustice against herself or others she will know not to keep silent.