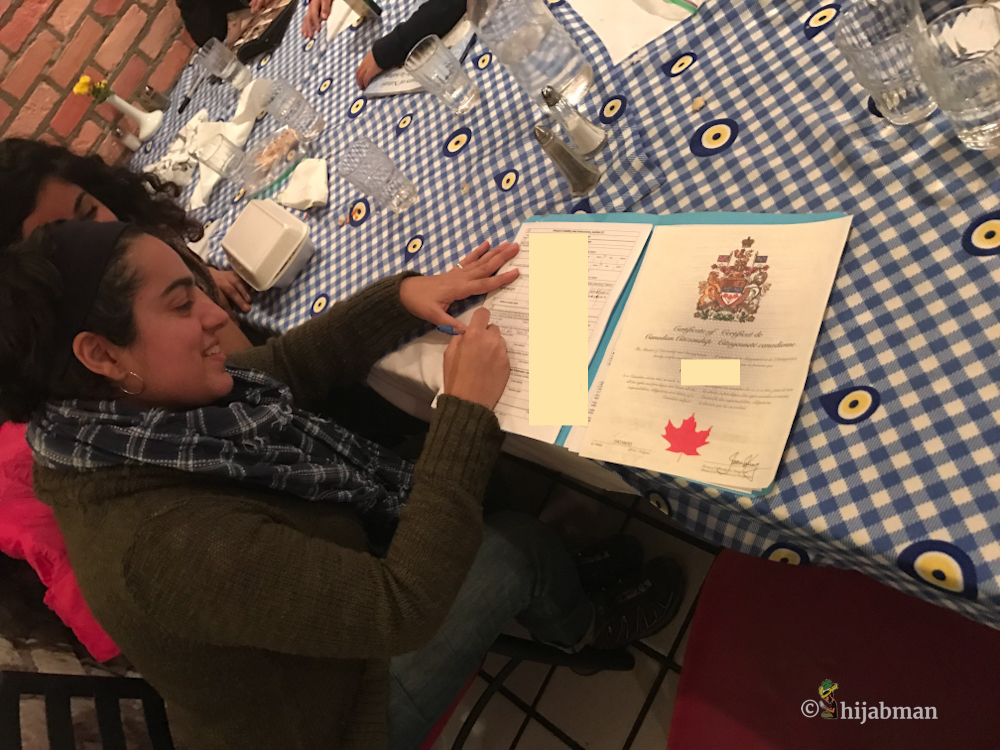 In my last post, I explained how I became a sought-after wedding and event photographer. I also mentioned that it was how I met my wife and daughter.

What I didn't tell you was that it also led to my discovery that I was a Canadian from the day I was born!

In 2011, after EyeDot and I moved back to the US, Laura, a long-time reader of this site (and now a friend!) hired me to photograph her wedding in Edmonton.

I always found it easy to fly or drive into Canada because the border guards were generally super friendly, but post 9-11 things got a bit sketchy, especially after I repeatedly crossed the border to attend Muslim conventions and sell HijabMan t-shirts.

This time was different though. After I handed the customs official my US Passport she looked at her screen, looked up, and asked:

"Do you have a website?"
‍
Turns out, they knew everything about me.
‍
I wasn't about to lie to a CBSA officer, so I said yes. She also asked me what I did for a living.

I was sent to a separate screening room and asked to wait since the agents were out for lunch. Soon, they all walked in with their Tim Horton's and stood behind their respective stations. As I approached the desk. Mary, while casually sipping her double-double, asked me why I was in Edmonton.

"I'm here to photograph a friend's wedding," I replied

"I understand it is a friend, but are you getting paid?"

"So then you are conducting business in Canada as a US Citizen, and you do not have a business license."

"How much is a business license?"

Just then I had my lightbulb moment...

"You know officer, I think I may be Canadian!"

"My parents immigrated to Canada from Pakistan in the 1960s, and then they moved to the US in the late 60s. I don't think they ever gave up Canadian citizenship though."

"Really? Wow! What is their last name?"

She couldn't find our last name in her database, but in true, friendly Canadian fashion she welcomed me home:

"Here's what I'm going to do, I'm going to waive your business license fee. Put in your paperwork for your citizenship certificate as soon as you fly back. WELCOME HOME!"

I did as she asked, and soon after, I received an envelope in the mail that contained my Canadian citizenship certificate.

It was back dated to the year I was born. All I had to do was turn the sheet over and pledge allegiance to the Queen!

"Better than a flag," I thought.
‍